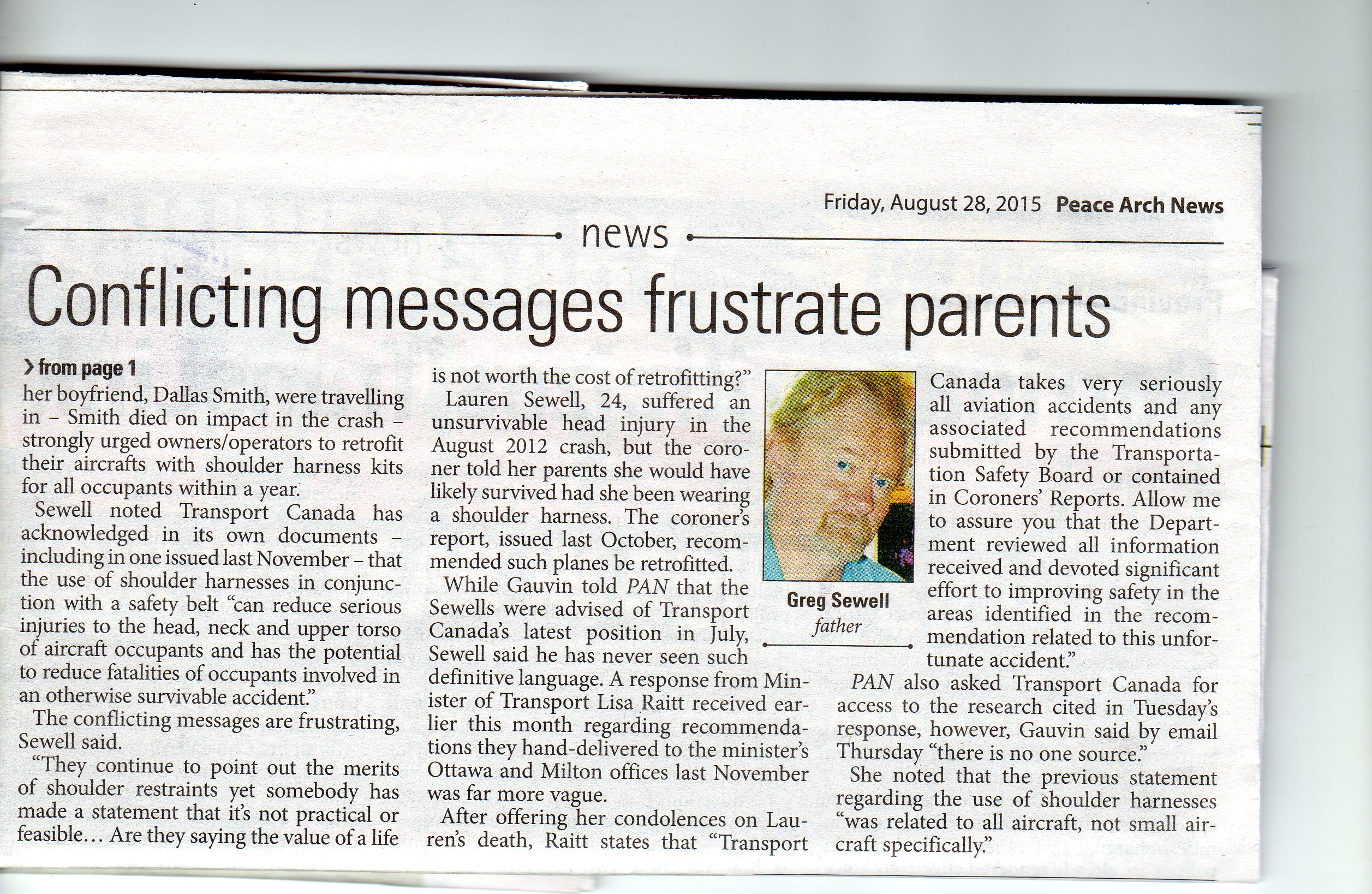 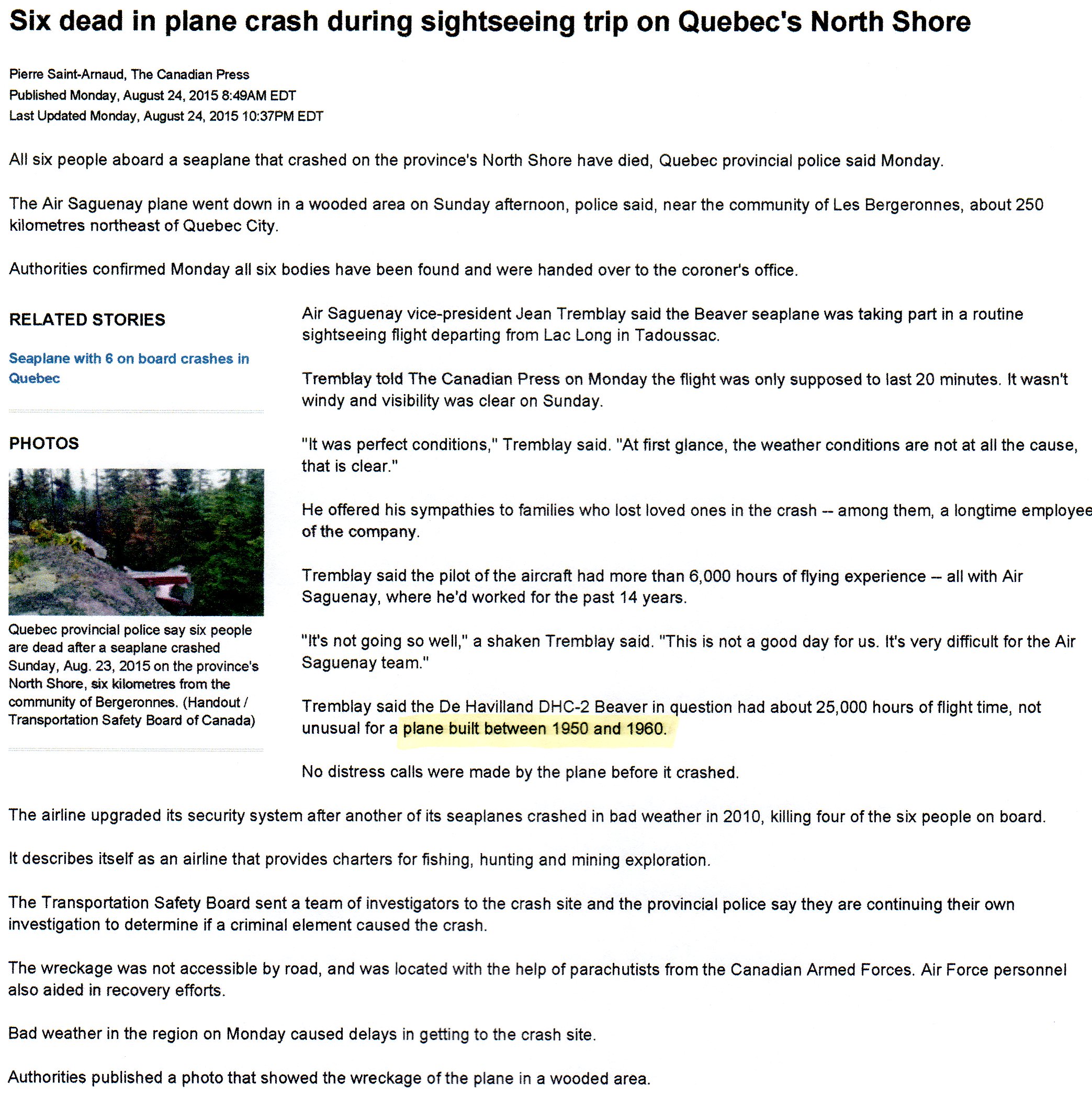 Firstly, our hearts go out to the families of the 6 people who perished in this terrible accident, and we offer our sincerest condolences on this unfortunate loss of lives.

As you will note from the foregoing article, the accident plane was an older commercial seaplane built during the 1950’s. The TSB has commenced their investigation into this fatal seaplane crash – the 2nd in the past 5 years involving the same commercial carrier Air Saguenay. While it is much too early to speculate, given the vintage of this airplane, it is highly likely that this plane was equipped with only lap-belts to protect the pilot and/or passengers in the event of a crash – although if it had indeed been retrofitted with shoulder restraints for all occupants, then I applaud the airline for taking these potentially life-saving measures. From the picture provided in the article, it would appear that the plane crashed into a wooded area and not into open water. Given that all 6 occupants perished in the crash, it is premature and insensitive to their families to suggest that shoulder harnesses may have saved their lives. Nevertheless, it is important to point out that following the crash of a similar vintage de Havilland Beaver floatplane on May 25, 2012 at Lillabelle Lake, Ontario, the Transportation Safety Board (TSB) conducted a detailed investigation (Report A12O0071) which included a vital safety  recommendation that “The Department of Transport require that all seaplanes in commercial service certificated for 9 or fewer passengers be fitted with seatbelts that include shoulder harnesses on all passenger seats.” As you may have read earlier in this News & Research section of our website, I have emailed Transport Canada’s Aaron McCrorie on two separate occasions asking what actions Transport Canada has taken in response to this TSB recommendation (A13-03), and I have received NO response. Therefore I must conclude that they have done NOTHING! I encourage the reader to visit the TSB website and download and read this TSB report, as it references several earlier Board recommendations regarding the requirement for shoulder restraints. However Transport Canada continues to ignore such recommendations by allowing all small airplanes manufactured prior to December 12, 1986 to continue to operate with only lap-belt protection for all passengers. Let’s hope that this “grandfathering” provision is ended soon, before more passengers and pilots are killed or seriously maimed as a result of inadequate safety provisions. We anxiously await the release of the TSB report into this latest Quebec seaplane crash and the findings relative to the provision (or lack thereof) of shoulder harnesses. 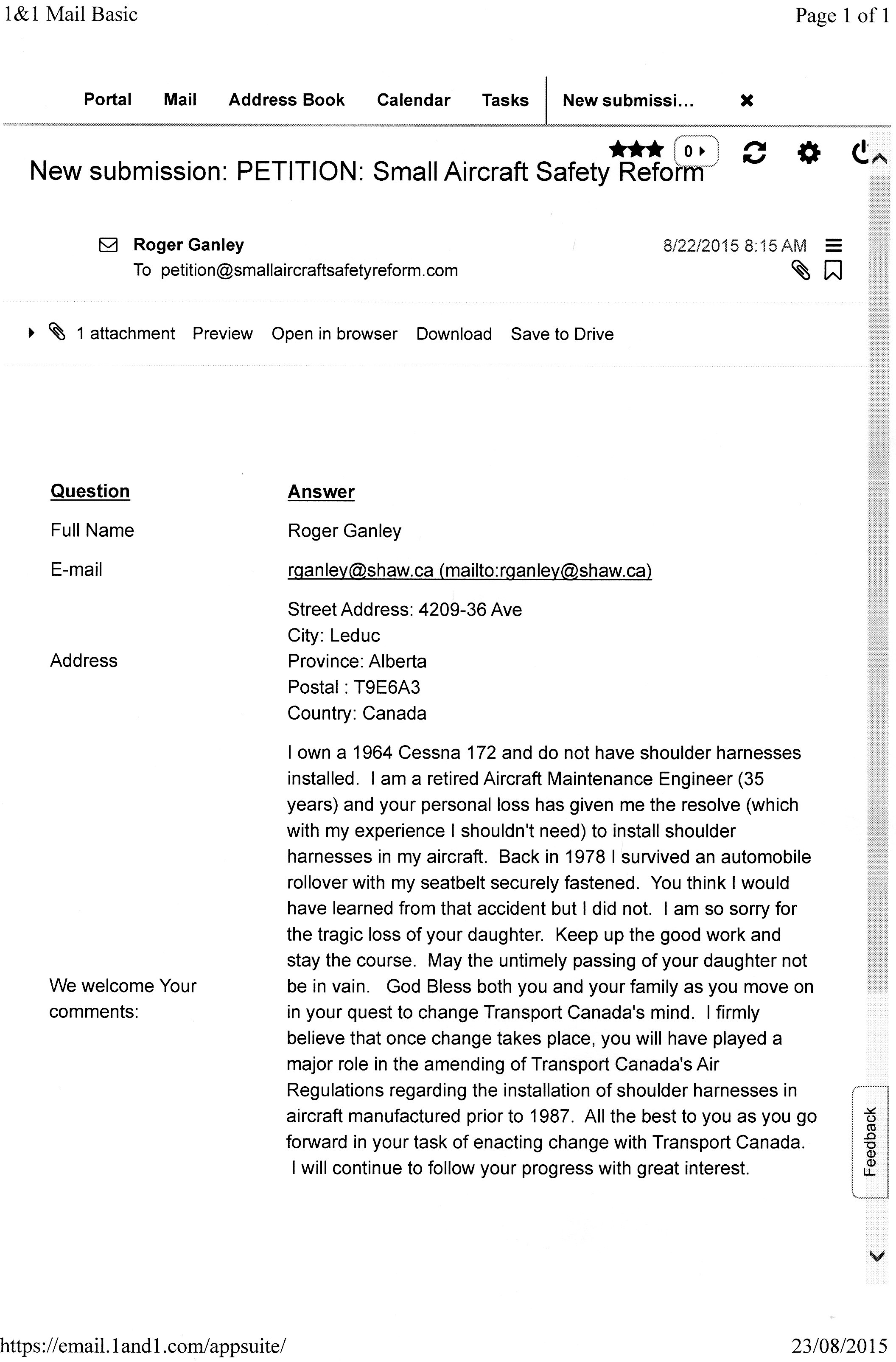 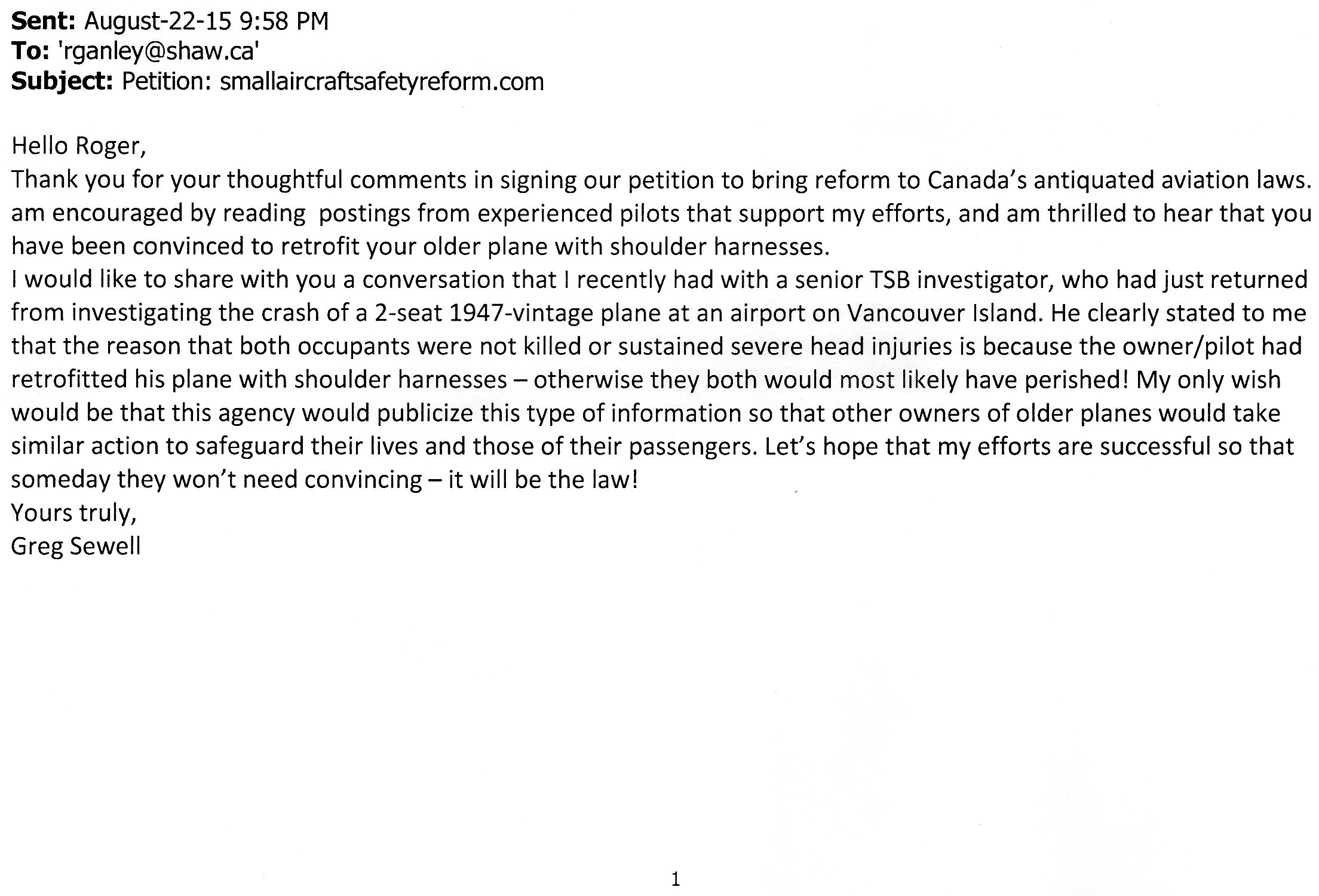 NOT SURPRISED AT LACKLUSTER RESPONSE FROM MINISTER OF TRANSPORT

I have outlined throughout our website that I am appalled by the complete lack of response from the federal Transport Minister or officials within Transport Canada to the various documents regarding proposed changes to the Canadian Aviation Regulations (CARs) that I have submitted over the course of the 3 years since my daughter’s tragic accident – that was until recently!

How do we know that a federal election is upon us? Well, many politicians issue statements and responses that sound good but say absolutely nothing! Case in point – on August 10th we finally received the long-awaited correspondence from Transport Minister Lisa Raitt, responding to my detailed personal submission of November 10, 2014 to the Minister’s constituency office in Milton, Ontario. (Note: I have added bold print to certain words for emphasis.) In her letter, the Minister apologizes for the delay in replying and offers her condolences on our tragic loss. The letter goes on to advise that “Transport Canada takes very seriously all aviation accidents and any associated recommendations submitted by the Transportation Safety Board (TSB) or contained in Coroner’s Reports. Allow me to assure you that the Department reviewed all information received and devoted significant effort to improving safety in the areas identified in the recommendation.” The letter then acknowledges that “the safety of Canadians is Transport Canada’s top priority”, and closes with the words “thank you for writing and providing me with your recommendations.” I ask – where is there any mention of what efforts are being made to improve the safety of Canadians, and where is the acknowledgement that any of my recommendations have even been considered?

We find this reply by the head minister in charge of transportation in this country to be totally unacceptable. Canadians deserve a better response to proposed safety reforms for an industry that is in dire need of better regulations. The Minister’s response would clearly indicate that this agency is prepared to only respond to the recommendations made by TSB or Coroner’s Offices and not to the affected concerned public! As the Minister of Transport has clearly stated, the safety of Canadians should be Transport Canada’s top priority.

The following is the long-awaited letter that we have just recently received from The Honourable Lisa Raitt in response to my detailed submission of November 10, 2014: 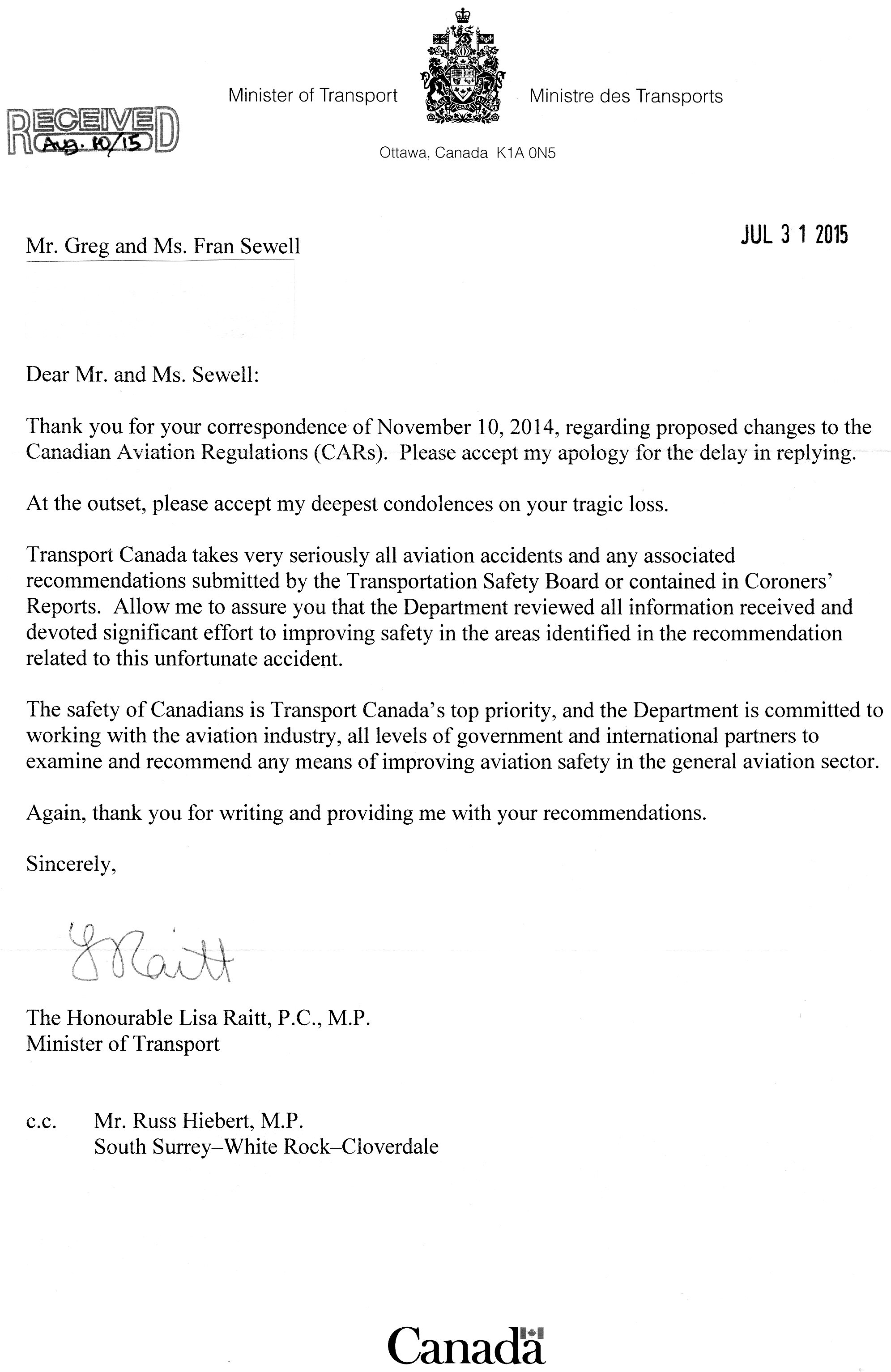 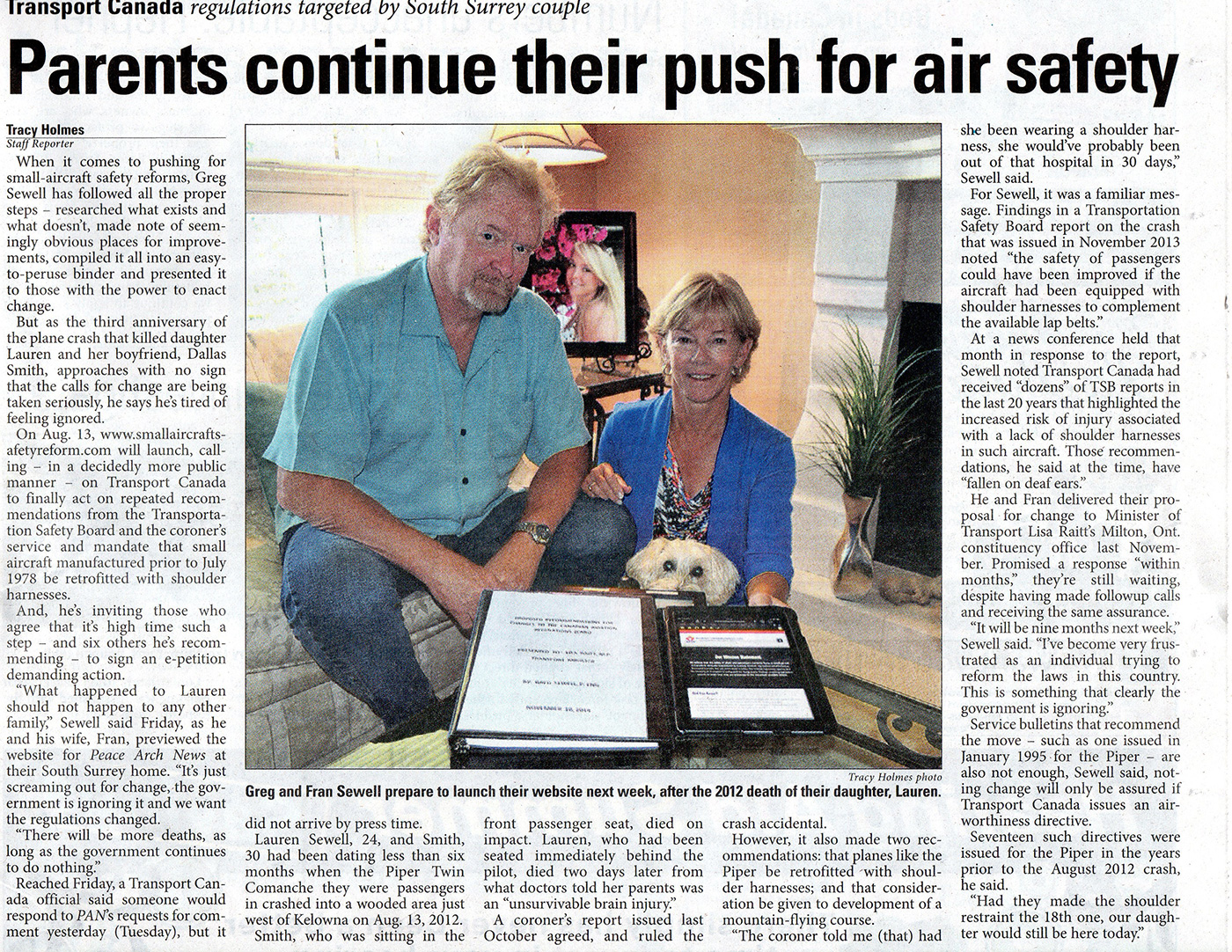 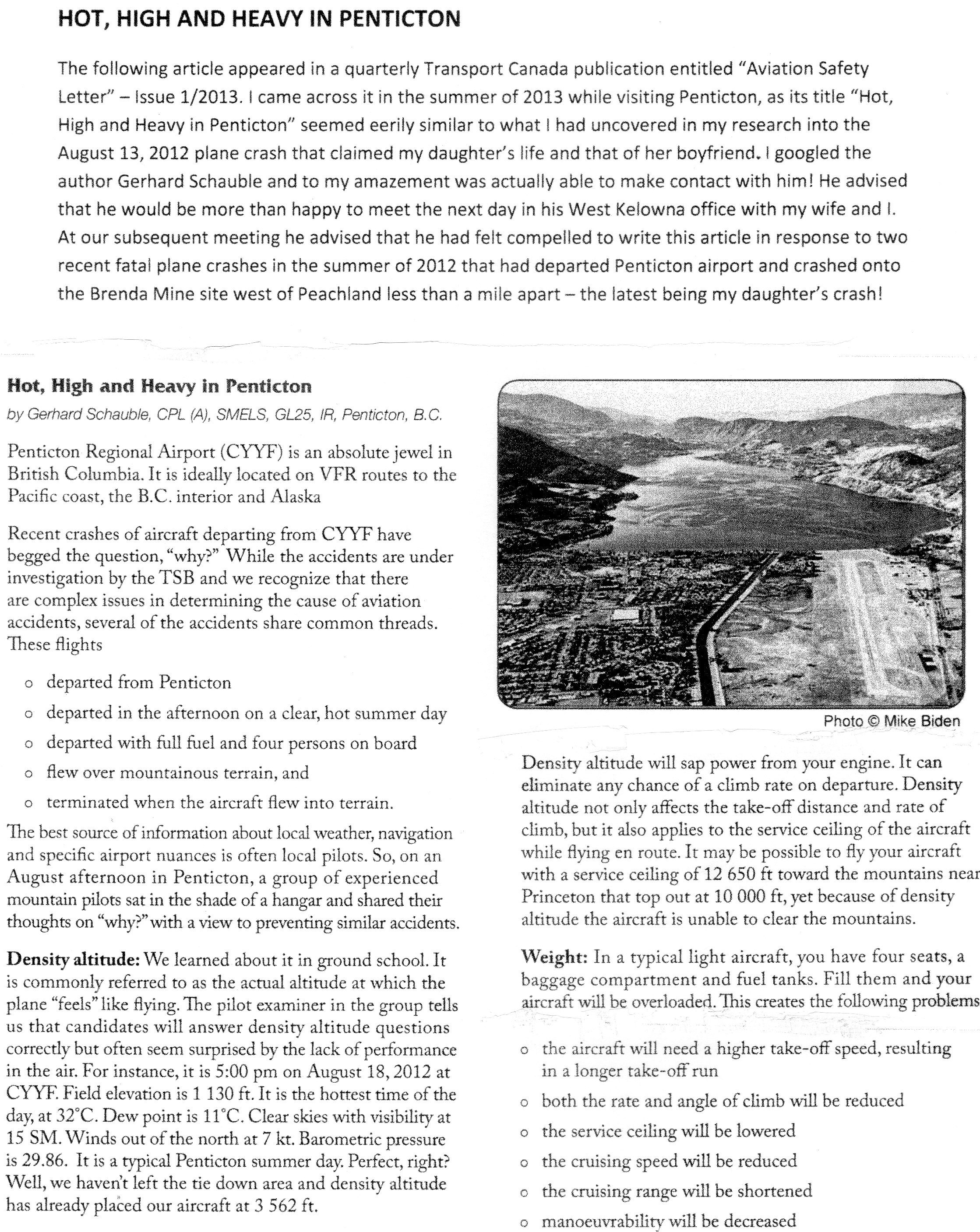 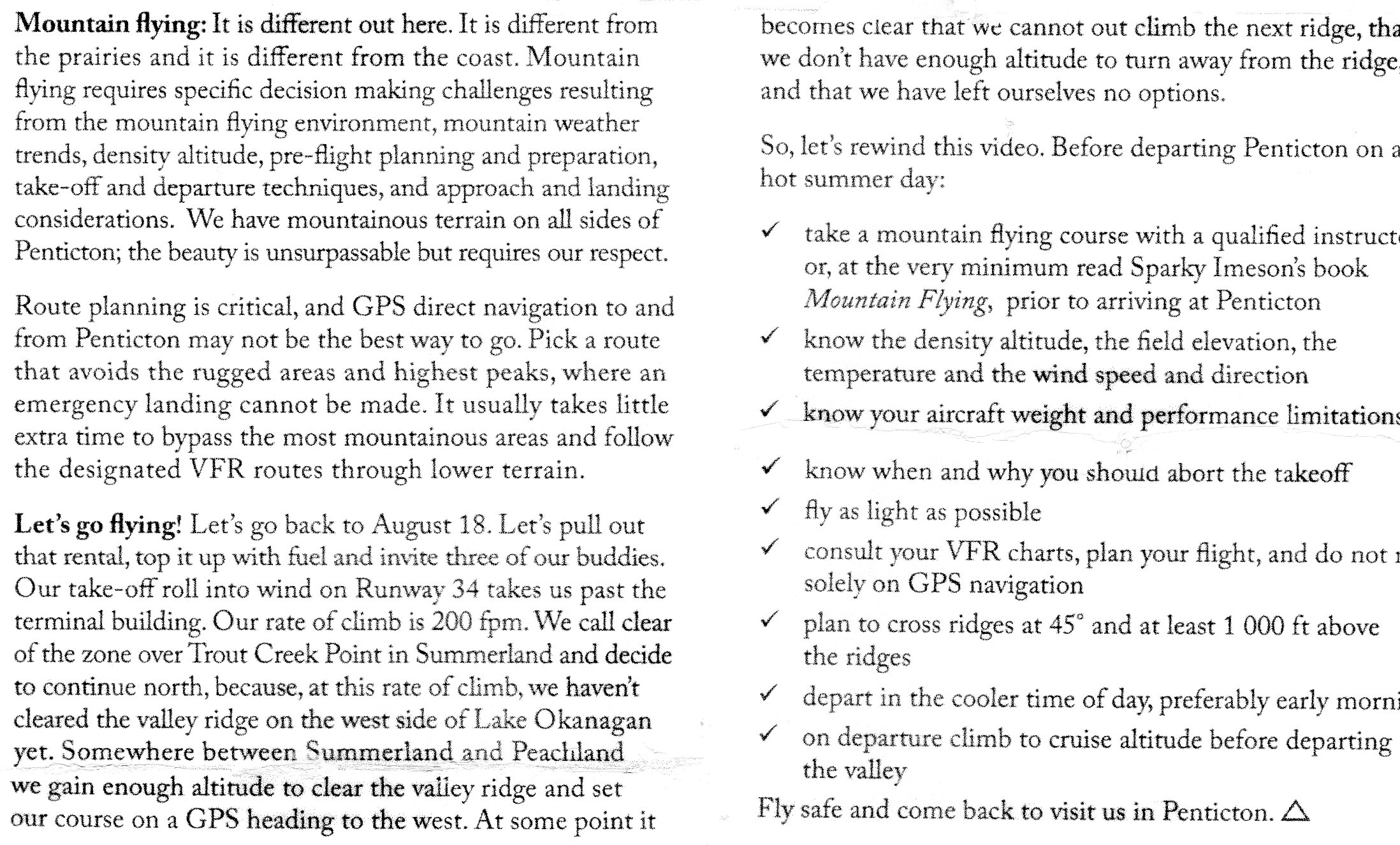 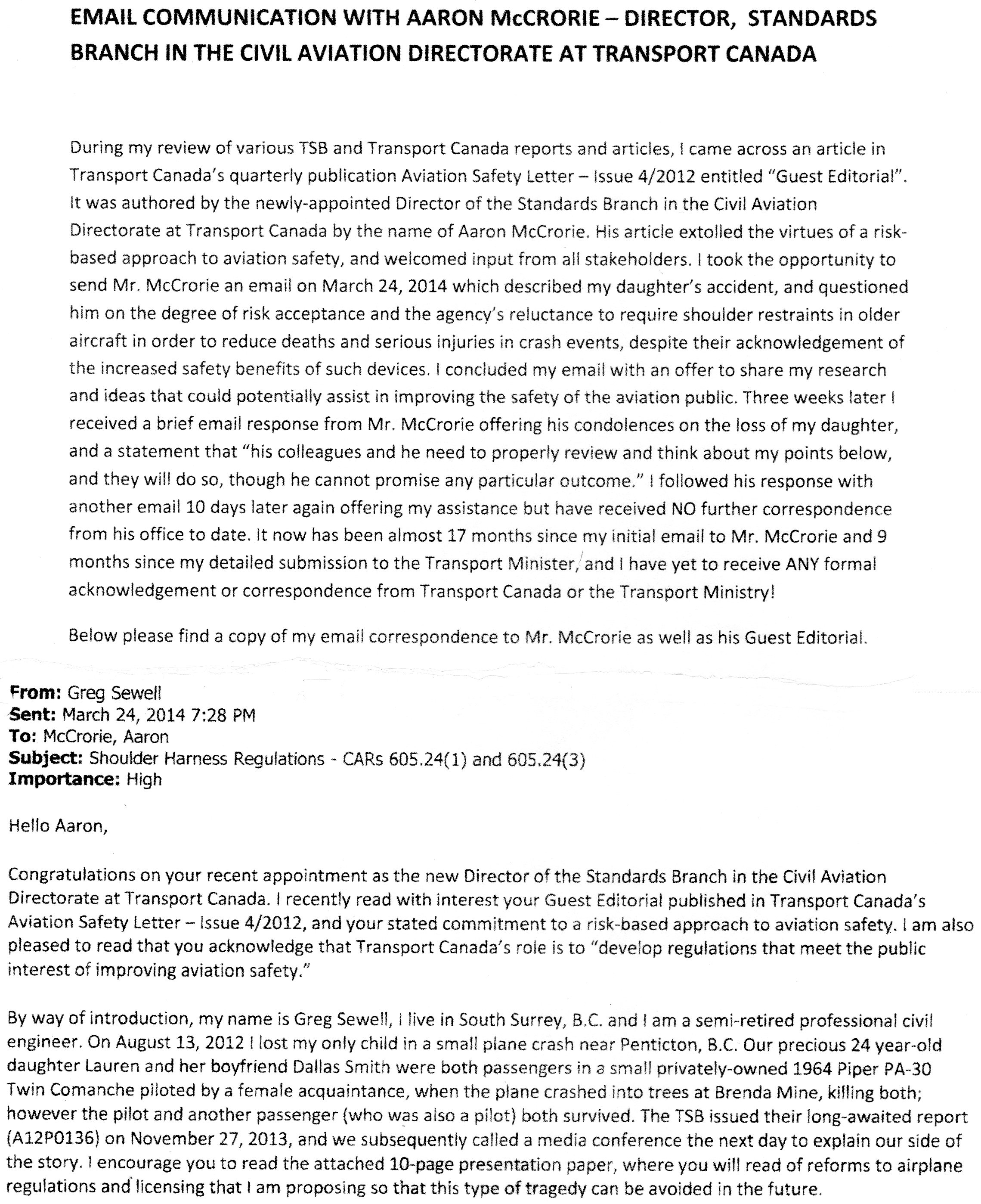 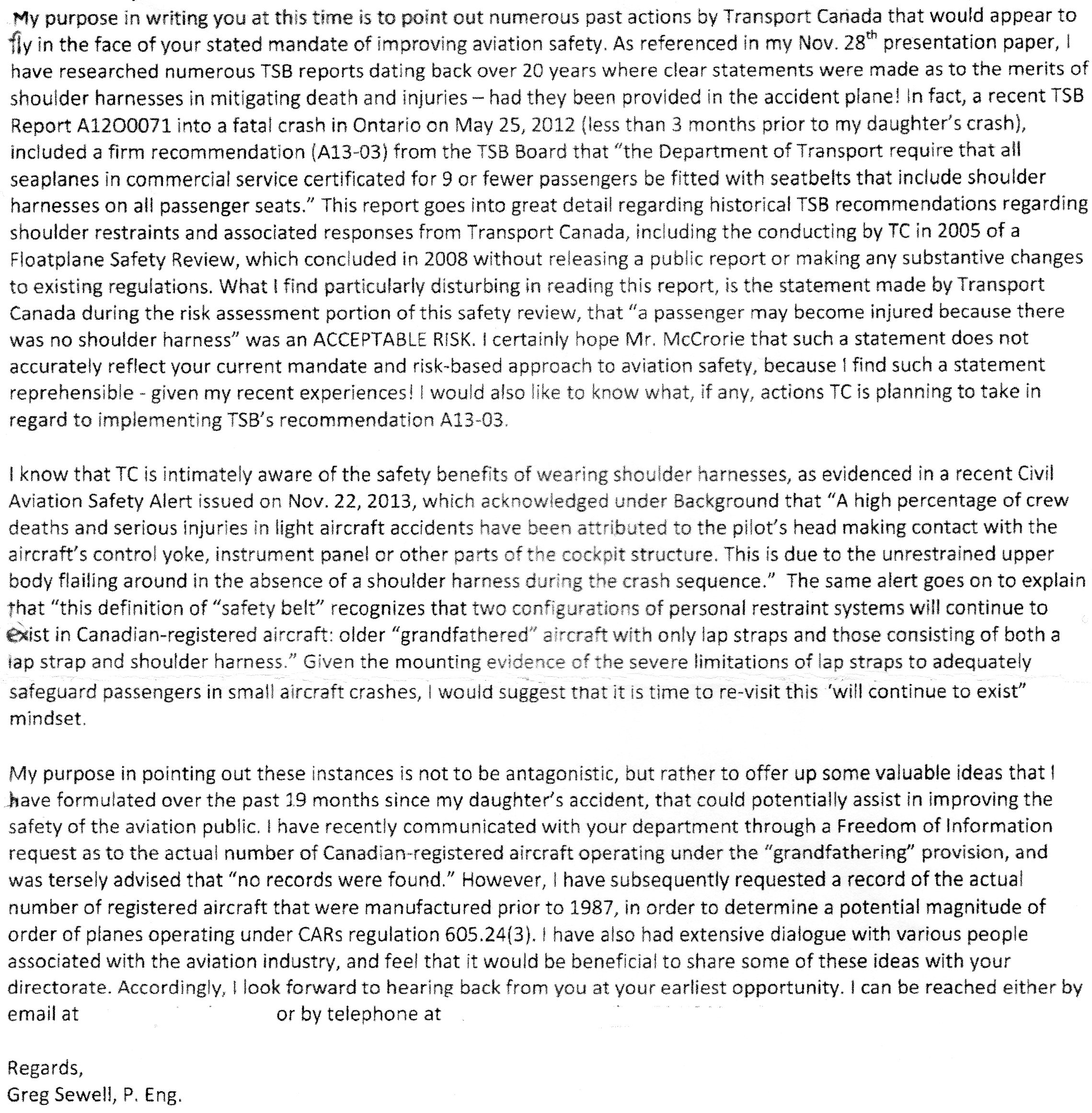 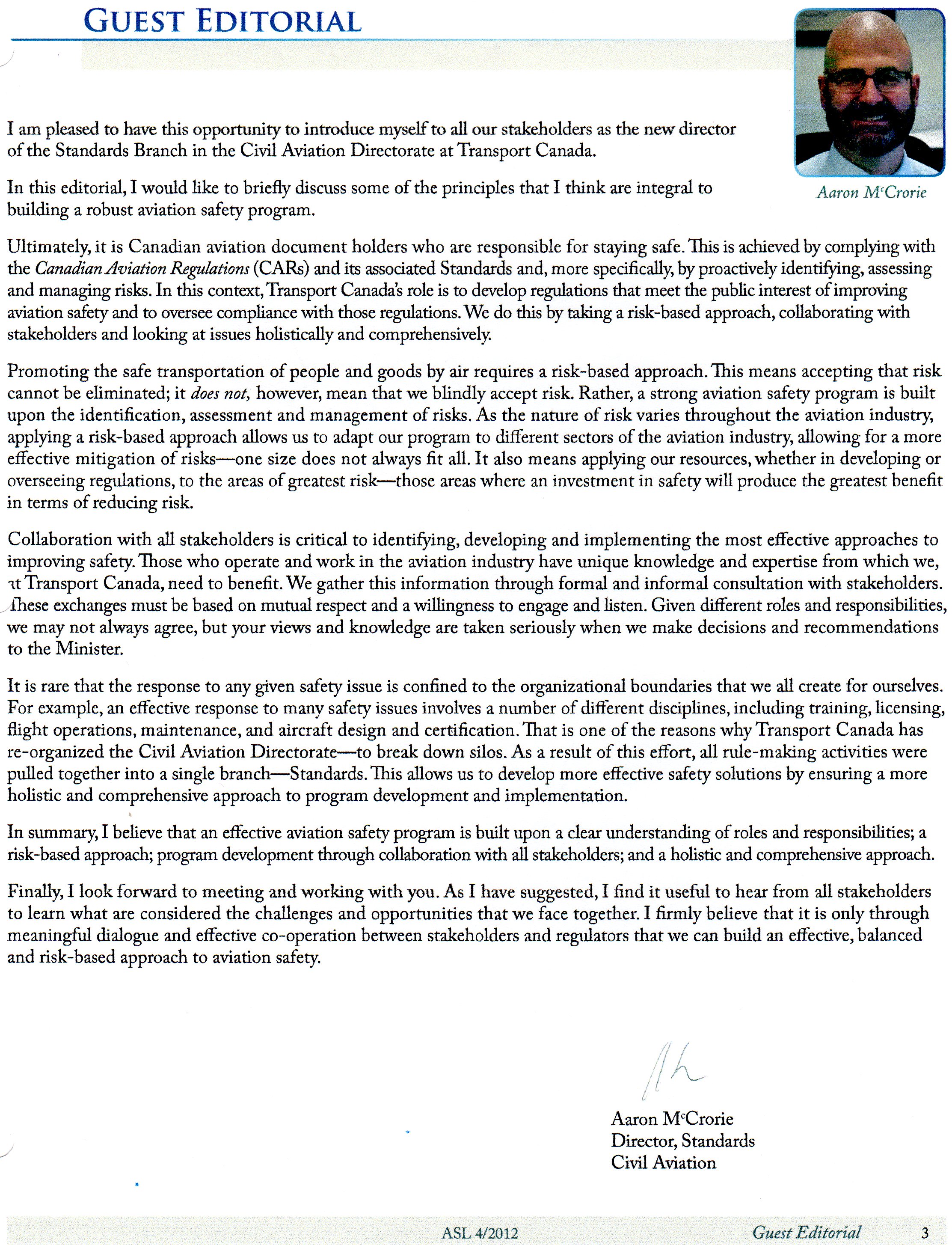